Catherine Lowell’s debut novel The Madwoman Upstairs is equal parts an intellectual coming-of-age story, a romance and a literary mystery. Does it deliver on all counts? 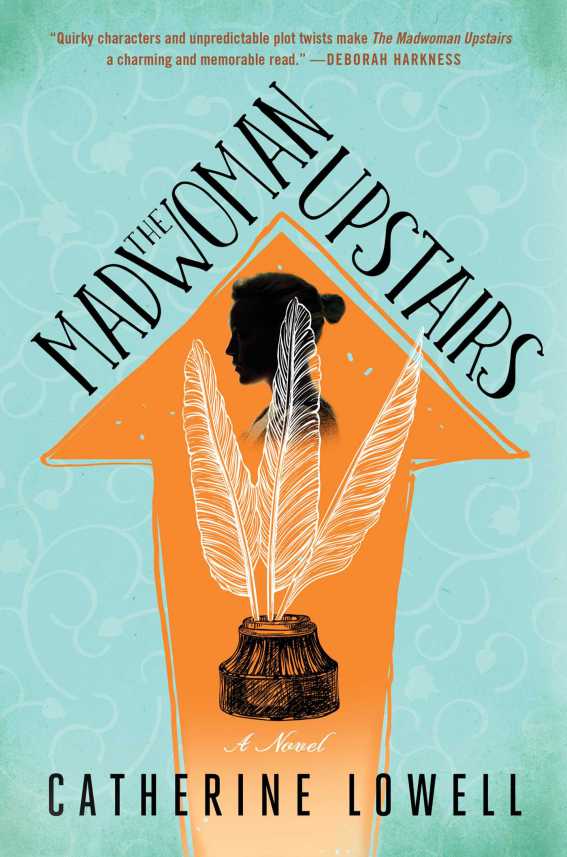 Twenty-year-old Samantha Whipple, still mourning the death of her father in a house fire five years ago, arrives at Oxford to begin her studies in literature. But she’s not just another student: she is the last direct descendant of the family of Patrick Brontë, the father of the famous trio of writer-sisters. The literary world and tabloid newspapers have long been abuzz regarding the existence of a mysterious inheritance, which may have driven Samantha’s father – obsessed with, and fiercely protective of, the legacy – to alcoholism, social isolation and possibly an untimely death.

At Oxford, Samantha takes up residence in a windowless tower, whose bedroom features a disturbing painting of a drowning woman, called Governess. Soon after, copies of the Brontës’ novels begin to show up on her doorstep, but not just any copies: they are volumes that had seemingly survived the burning down of her father’s library in Boston. Samantha sets out to find the rumored treasure, which her father had referred to cryptically as The Warnings of Experience, which may or may not be a real object. The quest draws in her charismatic yet aloof first-year tutor, Professor Orville, whom Samantha develops a crush on, and who has a secret of his own.

It is an interesting premise; however, it falls somewhat short. Samantha’s misanthropic, socially awkward streak gets such extensive treatment that the story reads at times like a YA novel. Her consistently arrogant and disrespectful attitude towards figures of authority rings unrealistic and more than a little irritating, and her feelings regarding the supposed legacy (alternately protective, or negative to the point of not wanting to have anything to do with it) can be confusing. At an exhibit dedicated to the Brontës, when a curator suggests the sisters might have copied most of their sketches, Samantha confesses, “My breath grew short. I didn’t like people insulting the Brontë’s originality. That seemed like a job only I had the right to do.”

There is also a less-than-convincing subplot involving Samantha’s discovery that her father had studied at Oxford years before under an assumed name (how is that even possible?) and had a torrid affair with his math professor. That professor, originally fired and now somehow back teaching at the university, seethes with more than unreasonable hate towards Samantha and is bent on having her expelled, despite Samantha’s father’s plea before his death that she take care of her.

These shortcomings make the juxtaposition with the overarching themes of truth versus fiction, and the “right” way of approaching literary interpretation, somewhat jarring. It is a shame because the passages in which Samantha speculates on the Brontë sisters’ viciously competitive relationship with one another are among the most interesting. Lowell subverts many established beliefs regarding their lives and their oeuvre, claiming, for example, that Charlotte may have stolen some of her ideas from the least famous of the sisters, Anne. There is also a suggestion that Cathy and Heathcliff may have been half-siblings, and interesting proposition that allows for a fresh look at the complex dynamics of their love.

The Madwoman Upstairs asks us to suspend our disbelief too many times, but it is still likely to be a treat to the Brontë sisters’ fans – and they are legion.