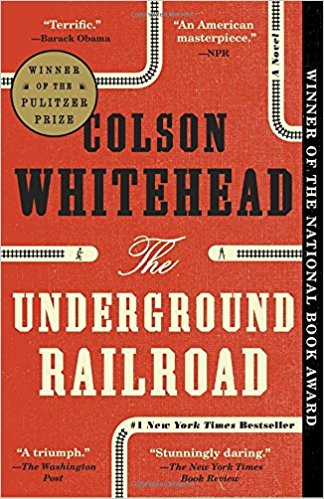 Much praise has been heaped on Colson Whitehead’s The Underground Railroad, winner of the 2017 Pulitzer Prize for Fiction. I am not going to write another review after the likes of The New York Times, The Guardian, NPR and The New Yorker have had a go, but I’d like to offer a personal reflection and make a point that I think was largely absent from those big-circulation reviews.

Growing up in Poland I was exposed to narratives of concentration camp survivors, with tales of witnessing the extermination of their fellow prisoners – mostly Jews, but also other ethnic minorities, homosexuals, and Nazis’ political adversaries. I have in mind works like Anthology of Memory: Behind the Barbed Wire, as well as works by Polish and foreign writers (eg. Tadeusz Borowski and Primo Levi). They all show that death in the camps was only a part of the story. There was also forced labor, physical violence, starvation, and medical experiments conducted by scientists working for the Third Reich (among the most infamous ones were Josef Mengele’s experiments in Auschwitz).

Reading The Underground Railroad I was suddenly and disturbingly reminded of those testimonies. We are accustomed to hearing the Holocaust referred to as an act of genocide – after all, its chief purpose was to wipe out an entire ethnic and religious group. But I was struck by how many traits American slavery – though technically not falling under the definition of genocide – shared with the Nazi scheme during World War II. The forced, unpaid labor goes without saying; but the malnourishment, beatings, mutilations and rapes were also eerily similar; as were the experiments conducted in South Carolina aimed at controlling the reproduction of the black population through the means of sterilization.

Moreover, the risks for the whites who harbored fugitive slaves and/or participated in the workings of the “railroad” were similar to those facing non-Jews who hid their neighbors (and sometimes complete strangers) in cellars or attics from Gestapo. In many cases, they were put to death upon their activities being discovered, a fate shared with their American counterparts a century earlier.

Whitehead’s portrayal of Cora’s suffering is part of a century-and-a-half-long attempt by America to come to terms with its horrific past, but it also serves as a reminder that the evil of human trafficking, exploitation and extermination is by no means confined to one geographical area, historical era or a civilization. It is part of our condition, and it still happens today. That is why it is important for us to be reminded so we may stay vigilant. And resist.