By the standards of some Scottish castles, Dunnottar is relatively small, but it sure is dramatic. 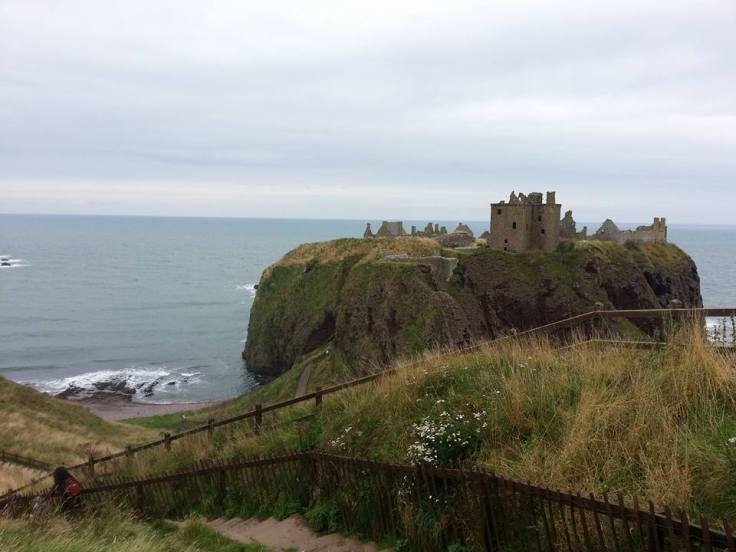 Built atop a flat headland projecting into the North Sea, a few miles south of Aberdeen and near the town of Stonehaven, it looked breathtaking the day I first saw it.

It was a chilly and windy day with occasional showers, and as the little tourist train that took us up from Stonehaven puttered along, I was not prepared for the sight that greeted me. A narrow path connects the shoreline and the headland, and stepping onto it I saw waves crashing against the sandstone rock, sending up white foam and spray. That alone made it appear like something out of a historical fantasy. 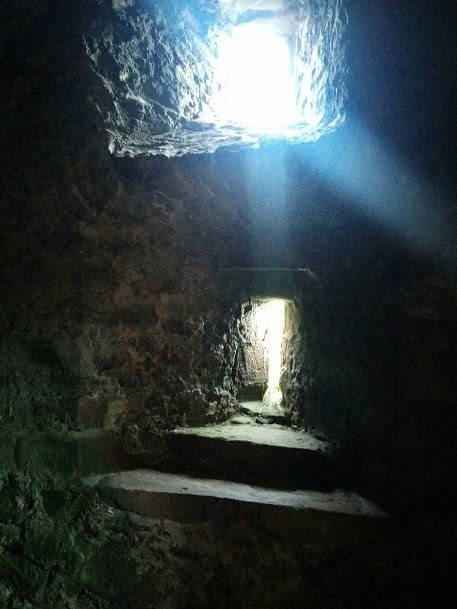 One of the earliest records of a castle at Dunnottar dates back to the 9th century, when it was attacked and destroyed by the Vikings. It went on to be rebuilt and expanded throughout the Middle Ages, eventually becoming home of the Earls Marischal, a powerful Scottish family. 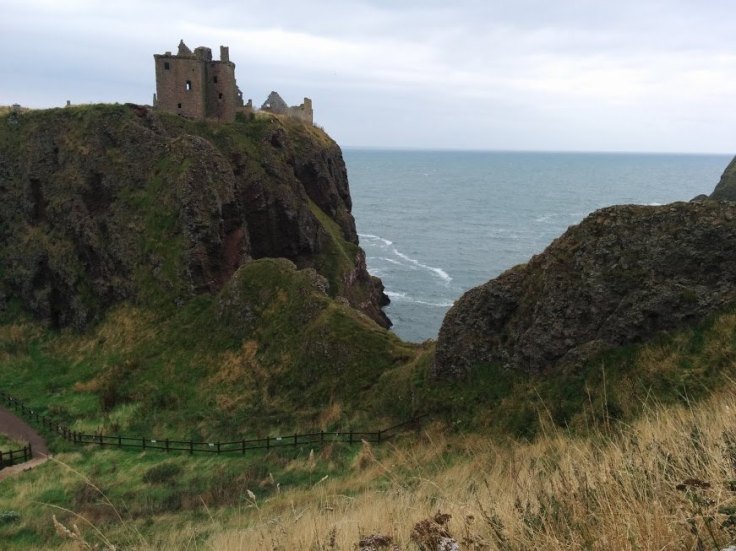 Mainly in ruins now, it does not take long to walk around, but the Tower House and the tunnels burrowed in the rock beneath the castle are still evocative of the fortress that was once besieged by William Wallace and housed the crown jewels of Scotland. But it was also a comfortable residence, as evidenced by what’s left of the kitchens, the great hall, wine cellars and the still-maintained herb gardens. In the late 1500s it was visited by both Mary Queen of Scots and her son King James VI.

Since 1990, Dunnottar’s fame got a second wind because – as the locals (including the driver of the little train) are fond of telling everyone – Mel Gibson and Glenn Close shot parts of the movie Hamlet among these ruins. 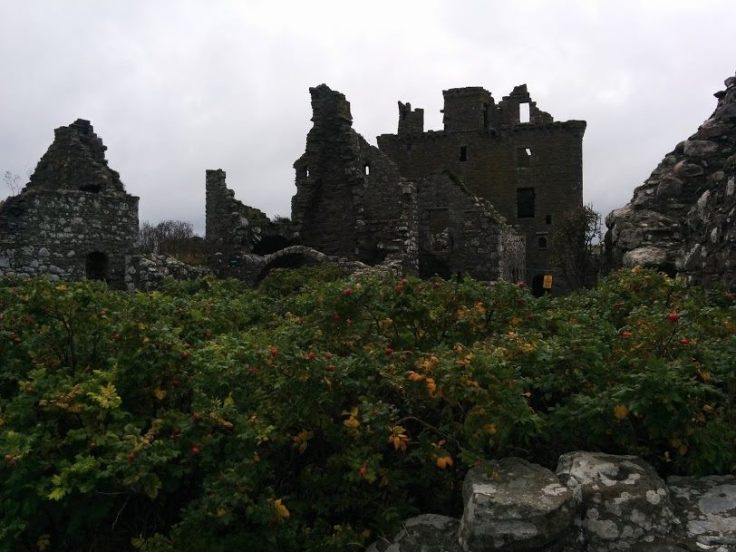 From now on, I will accompany my history and travel posts with reading suggestions that relate to, or capture, the spirit of the place I’m writing about.

For Dunnottar it is: Hamlet by William Shakespeare and Braveheart by Randall Wallace 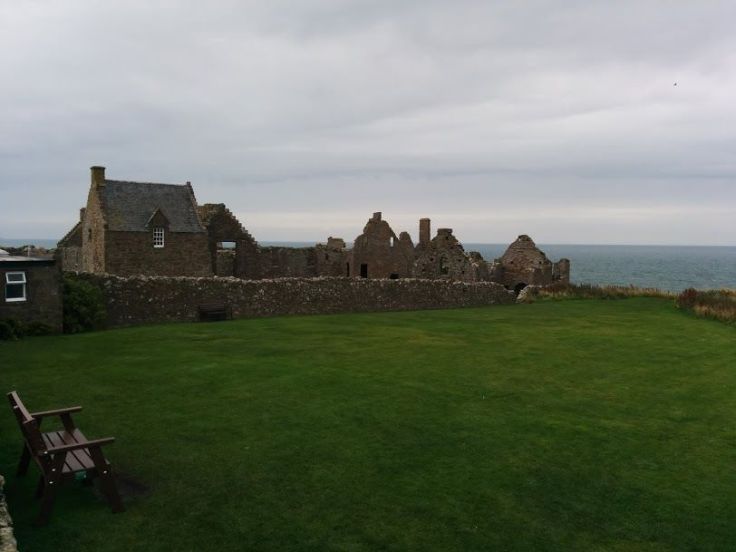 One thought on “Dunnottar Castle – Spooky and Spectacular”