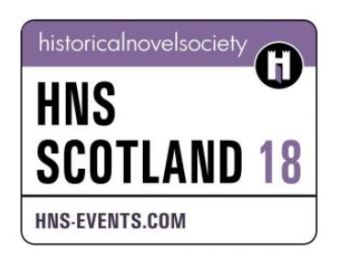 During the last weekend of August I participated in the Historical Novel Society 2018 conference just outside of Glasgow, Scotland. I have been writing historical fiction for seven years, but it was only this year that I decided to attend my first conference, after my debut novel The Greenest Branch, a Novel of Germany’s First Female Physician had been released in June 2018.

My first conference experience was extremely positive. For one thing there were plenty of talks, some purely on history, others on the craft of writing, and on the current state of the publishing industry.

Craft-related talks included one on story structure, fact vs. fiction in storytelling, and self-editing. There were also sessions on self-publishing, formatting with Vellum, and Ingram Spark. All in all, it was a well-rounded two-day program where everyone could find something they were interested in or needed more training in or context. 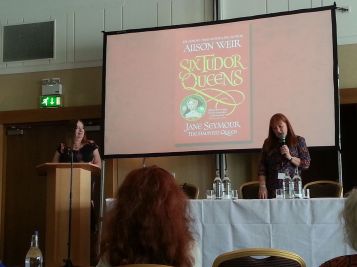 History talks featured keynote speeches by author Alison Weir about Queen Jane Seymour, and Sarah Dunant on The Borgias. Weir discussed her research into the what role, if any, young Jane may have played in the downfall of her predecessor Anne Boleyn, and a new theory regarding the real cause of Jane’s death. Sarah Dunant’s lecture focused on deconstructing the legend of Lucrezia Borgia, a woman whose reputation was blackened by subsequent generations with allegations of dabbling in poisoning, incest, and other manner of crimes and moral infractions. For most, if not all of them, there is no credible historical record, according to Dunant.

Another and equally important role of conferences is in bringing together writers, authors, and history lovers, and offering pitch sessions with agents and editors. I had signed up for one such session and found it very helpful, but I wish I had networked more overall – both with other agents and with fellow authors. I am an introvert by nature (though people who don’t know me well find it hard to believe, but I promise it’s true) so events of this kind tend to drain me of energy. Being a social butterfly is more of a chore than something that comes naturally, but I have rarely regretted going against my instincts and meeting as many new people as I could. 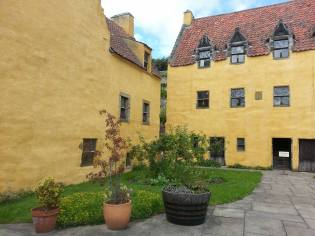 Finally, I would be amiss if I did not mention the cultural events the organizers of HNScotland2018 put together. They included two trips: one to Culross, a 16th century village that was the filming location for the hit TV series Outlander, and to Stirling Castle. On Saturday night, during the gala dinner and ceilidh we were entertained by a bagpipe player, and later a band played an array of traditional Scottish music and dances.

Hopefully, there will be more writers’ conferences for me to attend, and over time I will learn to maximize the benefits while mitigating the challenges. That is because in addition to having an online and social media presence, constantly perfecting one’s craft, and reading as much as possible, conferences are an indispensable tool in any emerging author’s publishing arsenal. 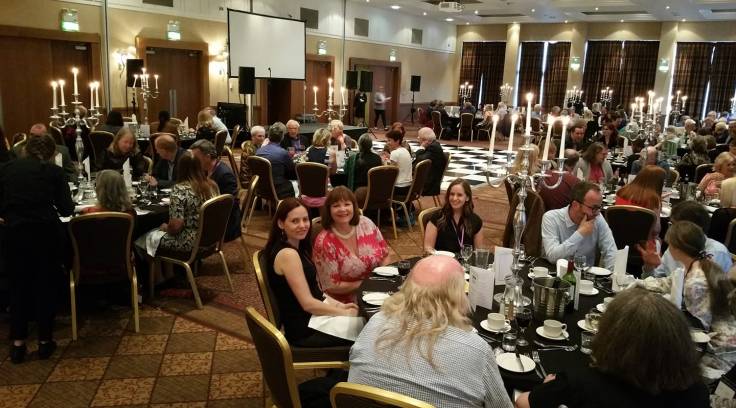