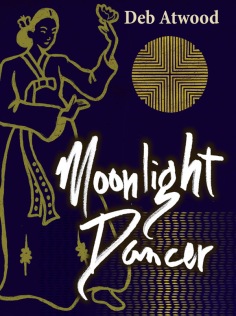 I was a kid. We stood—my mother, father, and I—in front of our washing machine, which had ceased to function. With one deft movement, my mother lifted the top of the machine.

My dad stared, open-mouthed. Then he turned to me, grinned, and said, “Never underestimate the power of a woman.”

My belief is that even when women don’t receive acknowledgment for their actions (and only a few have over the last 5,000 years), they profoundly affect history. Finding a way to portray this strength challenged me as I wrote Moonlight Dancer, a time-travel ghost novel, much of which takes place in 16th century Korea. Korea was (and, to an extent, still is) a patriarchal society influenced by Confucian teachings.

But during my research I discovered a fascinating story.

In the 1590’s, Japan invaded Korea, intending to conquer and plunder. One night, a Japanese warship dropped anchor at the bottom of a cliff, and Japanese warriors began scaling the cliff wall. His forces outnumbered, legendary Korean Admiral Yi Sun-shin asked the village women to don soldier uniforms and dance their traditional circle dance “GangGang Sullae” at the cliff’s edge. The Japanese sailors were so frightened by these twirling figures and flickering torches above them that they scurried back down the wall, jumped into their ship, and sailed away.

Well, I couldn’t not use a tale like that, so I made my character NanJu one of the brave dancers. And that’s how Moonlight Dancer acquired its name.

NanJu was important to her community in other ways—namely, her profession. In 16th century Korea, there weren’t many policy-making professions open to women. One important occupation for women, however, was mudang (MOO-dong). Mudangs (shamans) give blessings, foretell the future, and counsel powerful leaders. Although mudangs held prominent positions in society, they were low on the social hierarchy. “Good” girls didn’t socialize with mudangs, and this hampered a mudang’s work even more.

In 2013, patriarchal Korea elected a female president (clearly, the US lags behind!). Ironically, she was later impeached in part because she relied too heavily on her sometime mudang.

Often women do not make the textbooks, and we don’t always know how they affect world events. I enjoy peeking behind the scenes for hidden examples of brave and smart women in history. Funny that it all started with my dad who taught me never to underestimate the power of a woman…. 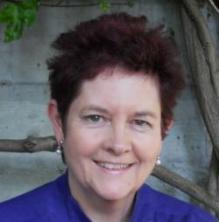 Deb Atwood’s works include an anthology of book reviews, 31 Ghost Novels to Read Before You Die, and a time-slip ghost novel, Moonlight Dancer, a front page Featured Review by Book Ideas. She is passionate about ghost literature (everything from Ursula Le Guin to Toni Morrison to Diane Setterfield). Other interests include Korean history and culture, quilting, and big dogs.

Deb’s only navigation skills involve nosing her way into a book. On road trips, her family does not allow her to offer directions. However, you can find Deb at her blog www.PenInHerHand.com or on Twitter, @deb_atwood.

*****
If you like historical fiction, check out The Greenest Branch, my novel based on the life of Hildegard of Bingen, Germany’s first female physician. It is FREE to read on Kindle Unlimited, and available in ebook and paperback format on Amazon US, Amazon UK, and several other Amazon marketplaces.